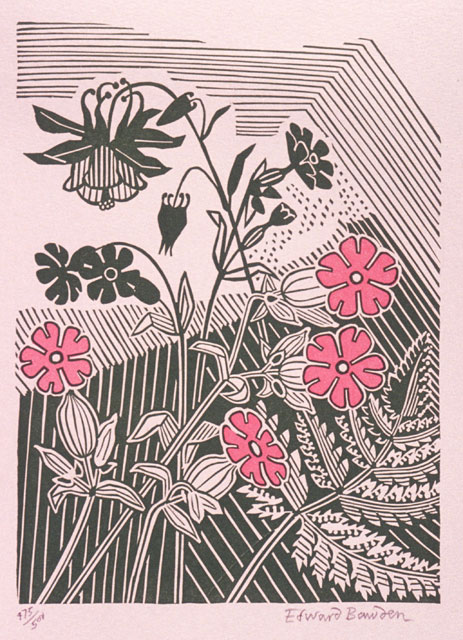 Campions and Columbine is a linocut originally commissioned in 1947 as an illustration for Signature (Curwen Press) in which it was reproduced by lithography. It is here printed directly from the lino block in an edition of 500 copies on 225gsm all rag paper, mould-made at St Cuthbert’s Mill, Wells, Somerset. The printing has been undertaken by Sebastian Carter at The Rampant Lions Press, Cambridge.