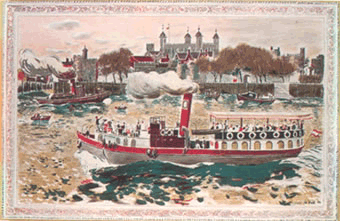 Born in Rotherham, Edwin La Dell won scholarships to Sheffield School of Art and the Royal College of Art where he studied under John Nash and Percy Horton and where he later became head of printmaking . His place in post-war printmaking was enormously influential and his works are in the Tate Gallery, The Victoria & Albert Museum and Tate Britain.