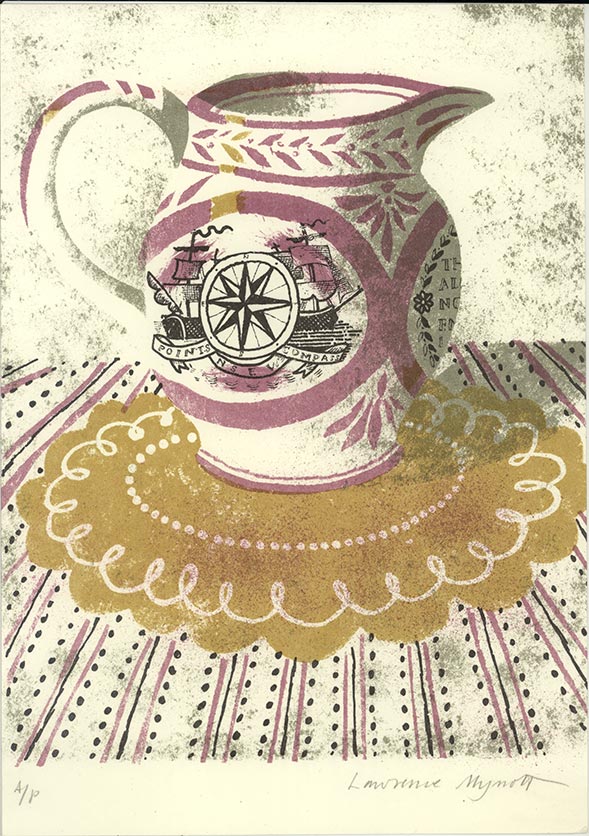 The Sunderland Jug is a four-colour lithograph drawn and stencilled on zinc plates at the Curwen Studio. It has been printed in an edition of 500 copies by Adrian Lack at the Senecio Press on mould-made paper.

Lawrence Mynott is an illustrator, designer and portrait painter. He trained at the Chelsea School of Art and The Royal College of Art,

He has designed numerous book jackets, particularly for Penguin Books, and his illustrations have appeared in many magazines. He was awarded the 1984 Designers and Art Directors Silver Award for the best series of book jackets.

His work has been exhibited at the Summer Exhibition at the Royal Academy, the Royal Society of Portrait Painters and the National Portrait Gallery, London.