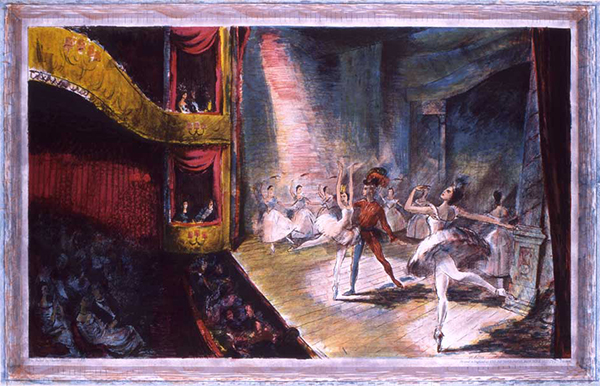 Charles Mozley was born in Sheffield in 1914, and he attended Sheffield School of Art. Subsequently he won a national scholarship and moved to the Royal College of Art in London in 1934. At the outbreak of the Second World War Mozley joined the Army and spent the next six years in uniform. Like many other artists he worked in camouflage; subsequently he was in military intelligence.

After the war, commissions came at a great rate, particularly in the form of film and theatre posters (such as that for Alexander Korda's film An Ideal Husband in 1947) and book jackets (notably Iris Murdoch's The Bell). He contributed to the various series of poster-prints popular at the time, among them School Prints and Lyons Lithographs.