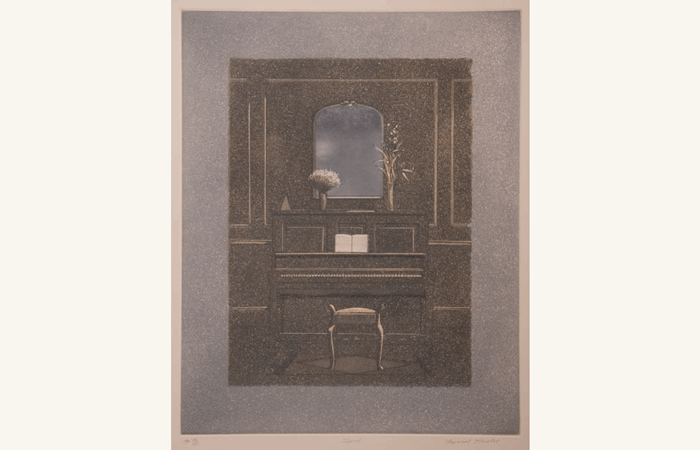 David Tindle’s image Score shows a calm and atmospheric music room with a piano stool and music waiting to be played.

David Tindle RA is an British painter who was made a Royal Academician in 1979.

He was born in Huddersfield, Yorkshire and studied at Coventry School of Art from 1945 to 1947.