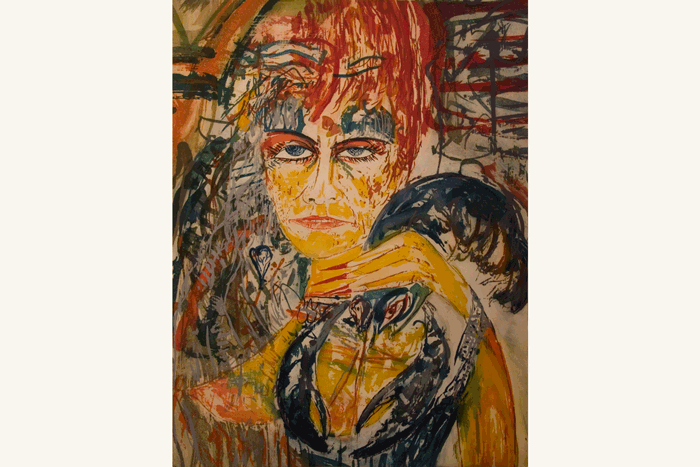 Queen Of The Night, John Bellany

A late life move to Barga, Tuscany, Italy had drastically changed his work which showed a huge optimism in the brighter colour range used.

Bellany's work is included in some of the world's great collections including The Museum of Modern Art, New York, The Metropolitan Museum, New York and Tate Britain, London.