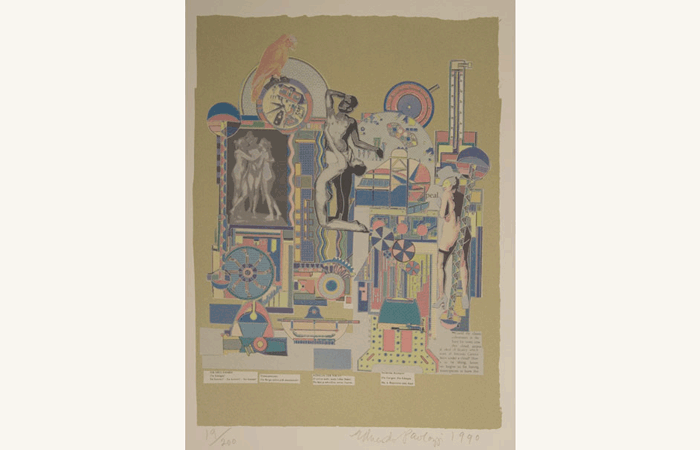 Queen Of The Night, Eduardo Paolozzi

Sir Eduardo Paolozzi’s image is a symbolic representation of the Queen of the Night from The Magic Flute.

Paolozzi was a major figure in the international art sphere, while, working on his own interpretation and vision of the world. He investigated how we can fit into the modern world to resemble our fragmented civilization through imagination and fantasy. By the dramatic juxtaposition of ideas in his work, he lets us see the confusion as well as the inspiration.