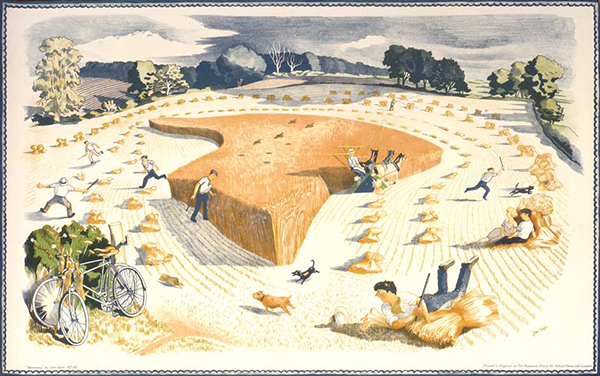 John Nash was born in London and educated at Wellington College. On the advice of his older brother, fellow artist Paul Nash, he avoided art school as a formal art training would destroy "the special thing" that John possessed. He was a founder member of the London Group and also showed with the Camden Town Group. He was a very accomplished wood engraver and lithographer and served as an official war artist in both the World Wars. On one occasion in 1917, Nash was one of eighty men ordered to cross No-Mans-Land at Marcoing near Cambrai. Of these, only Nash and eleven men returned. Afterwards Nash painted Over the Top in memory of the failed attack.