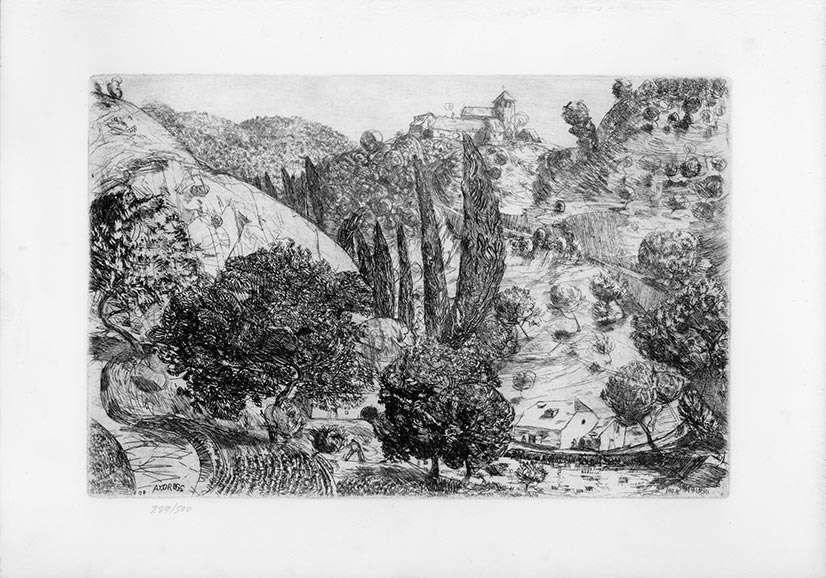 Chasteaux Corrèze is an etching on copper made in 1929. Other than a few artist’s proofs the plate has not been previously printed. This edition of 500 copies has been hand printed by the artist’s daughter, Mary West, at his studio on 270gsm Arches paper.

Anthony Gross was born in 1905 in London and trained at the Slade and Central Schools in London, Paris and Madrid. As a young man he traveled extensively in Europe and his first one-man exhibition was held in London in 1925. During he 1920s and 1930s, he lived and worked almost exclusively in France.

He returned to England in 1939 and from 1941 to 1946, served as a war artist. Since 1955 he has divided his time between London and the village of Le Boulvé in the Lot district of France and it is the landscape of this area which has provided most of the subject matter for his paintings, etchings and engravings in recent years and which also inspired his recent publication The Very Rich Hours of Le Boulvé.