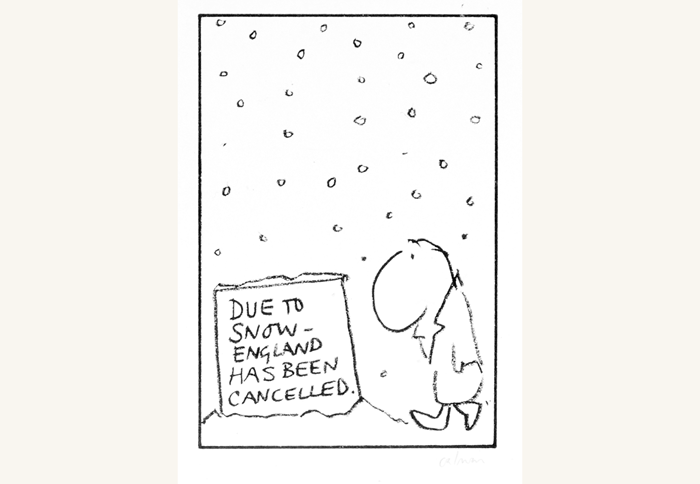 Calman's trademark character was the angst-ridden "little man", who strongly reflected Calman's own lifelong depressions (in Who's Who he listed his recreations as "brooding and worrying"). Topics focused on the little man's anxieties about health, death, God, achievement, morality and women, a style of humour that his Times obituary described as "of the black, self-deprecating Jewish variety, in the style of his New York heroes, James Thurber, S. J. Perelman and Woody Allen".

A small-format single-frame "pocket cartoon", the little man series used hand-lettered text in soft pencil and minimalist detail, a technique he had evolved due to early weaknesses in draughtsmanship.

Calman is commemorated by a Hackney historic plaque on his former residence at 64 Linthorpe Road; where he lived from 1931 until 1957.