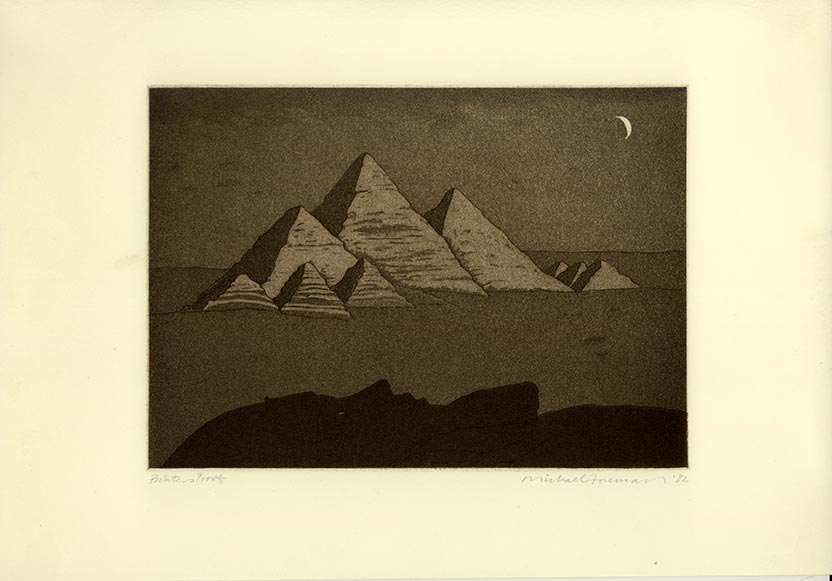 An Egyptian Landscape resulted from Michael Foreman’s visit to Egypt in 1976.

It is an etching and aquatint on copper. The copper plates have been hand pulled on 270gsm Arches paper by Hugh Stonemason at The Print Centre, London.

Michael Foreman studied at St Martins and the Royal College of Art where he won a travelling scholarship in 1963. He has written and illustrated numerous children’s books, and  won the 1982 and 1989 Kate Greenaway Medals for British children's book illustration.