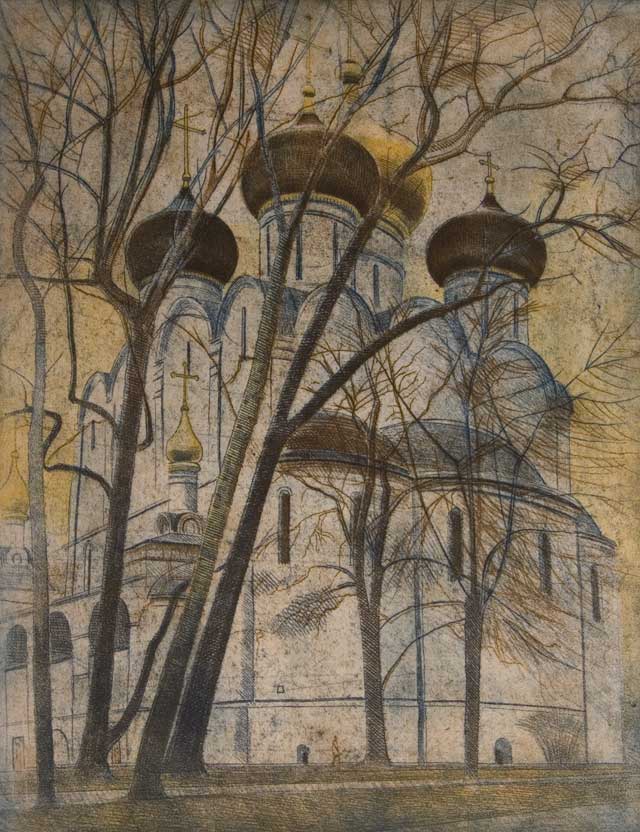 Richard Bawden RWS NEAC RE is a painter, printmaker and designer working predominantly in lino, etching and watercolour. His work has a graphic, linear quality and a strong sense of craftsmanship, which translates naturally into many forms. These have included book illustration, murals for restaurants, etched glass church windows and doors, a poster for London Transport, mosaics and furniture.

Born in 1936, the son of the well-known artist, Edward Bawden, R.A. Richard studied painting, printmaking and graphic design at Chelsea, St Martin's and the Royal College of Art. His paintings are drawn from life and often depict scenes of domesticity: his house, sofas, chairs, windows, cats, his garden and its birds. He is attracted by atmosphere, oddity, pattern and the austere. Focussing on these, he draws the viewer into his delightful universe. 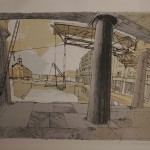